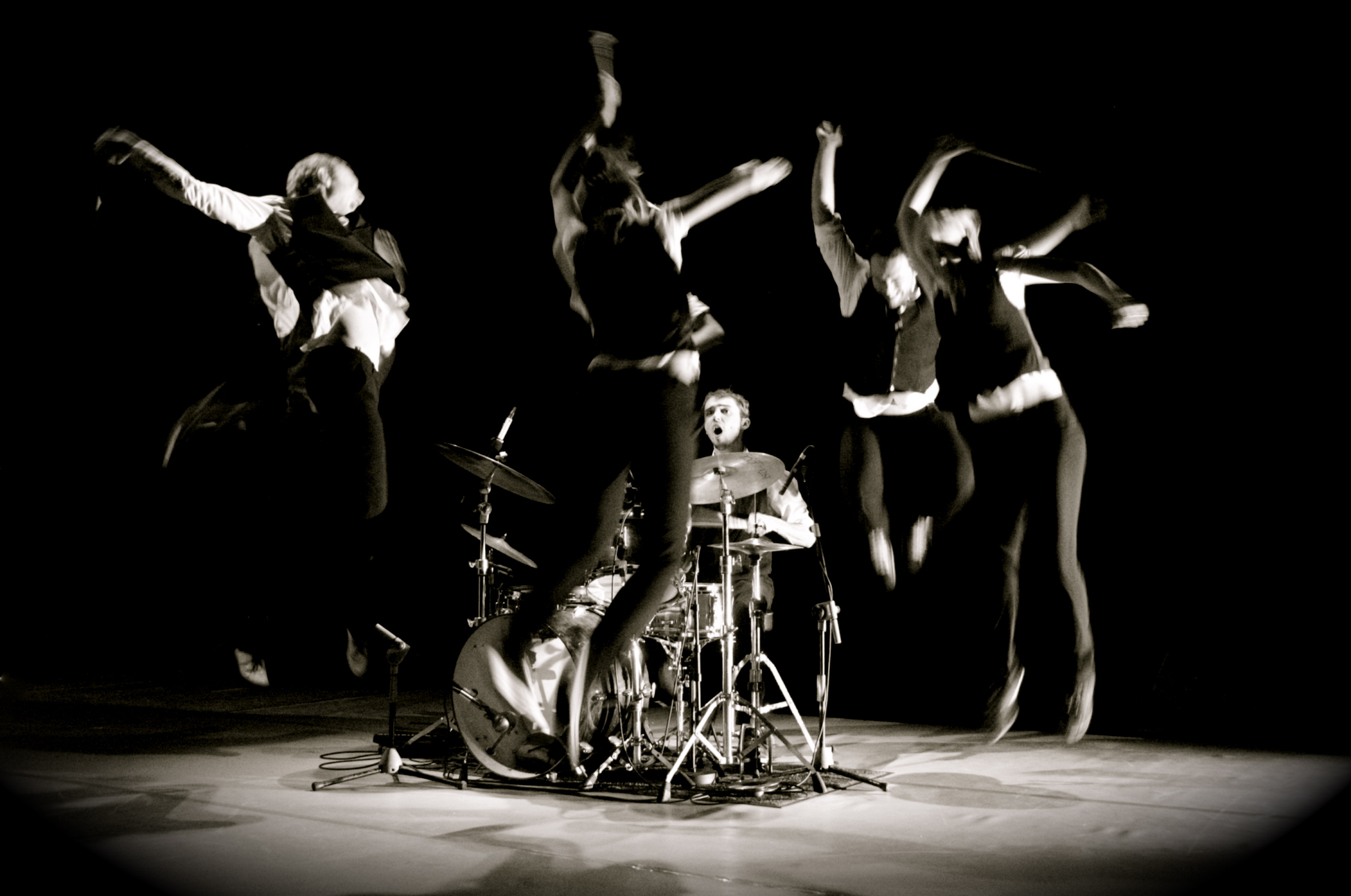 A PERFORMANCE IN CONCERT is about rock and jumping choirs, lift offs and musical explosions, true or false outspoken information, forced momentum, opposite sense of direction, fallings and choreographed coincidences.

This performance turned out to be three different performances and was developed partly as a joint graduation project between Kirstine and Niels during their studies at School for New Dance Development and the Royal Conservatory and during two production residencies at Paradiso/Melkweg Productiehuis in Amsterdam. It took place in the period 2005-2007. The different versions were presented in Melkweg Theater, during Junge Hunde in Kanonhallen - Copenhagen, Entré Scenen - Aarhus, Paradiso, Paard van Troje Den Haag, Puddingfabriek in Groningen, De kikker, OCCI, in Barcelona and during New Baltic Dance Festival/Kedja in Vilnius - Lithuania at Arts Printing House. 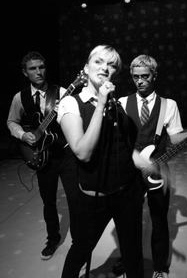