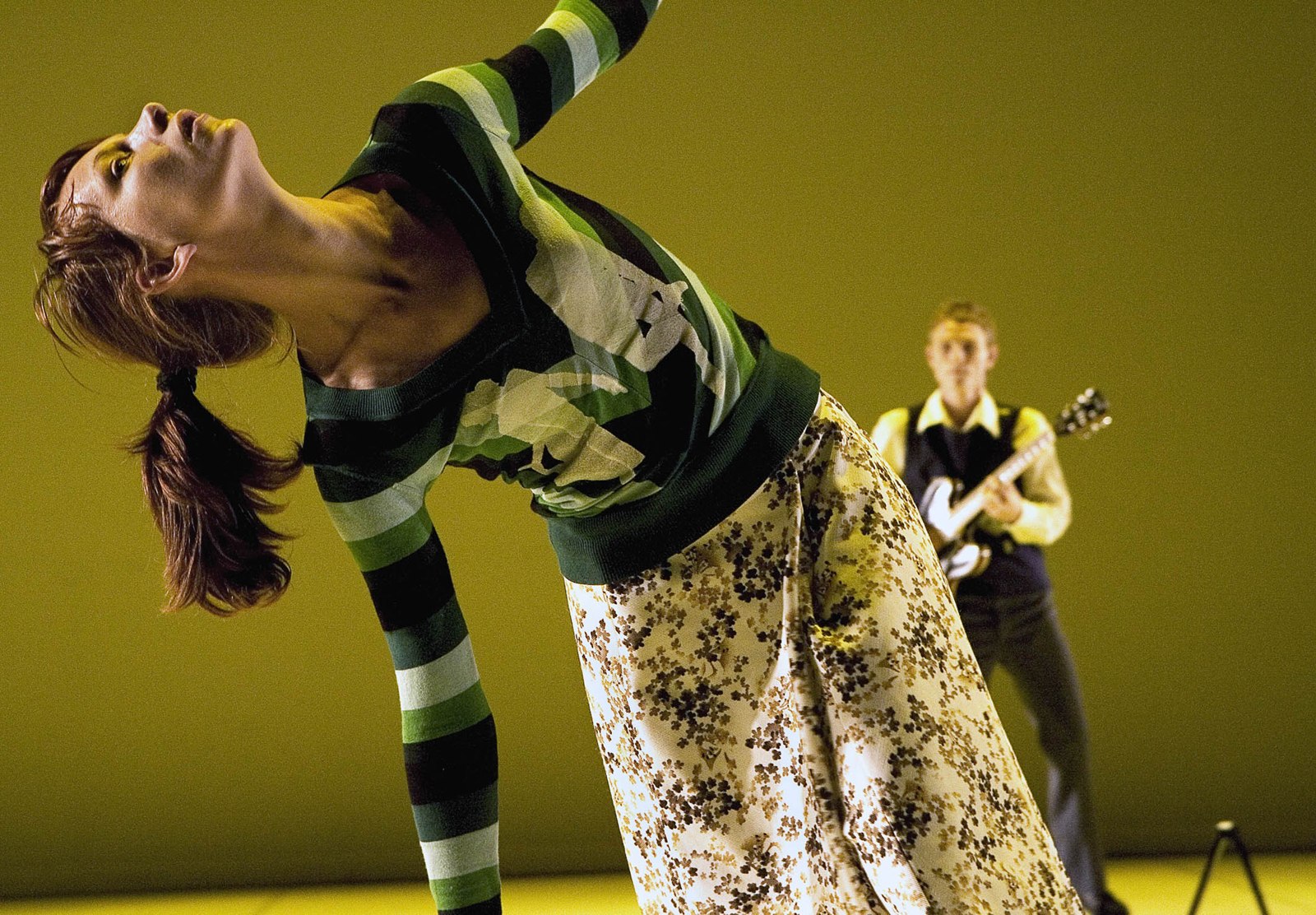 An Assisted Solo is a solo and at the same time a duet for one dancer and a guitarist. There is a constant struggle and confusion about who is assisting whom and even the light seems to have a will of its own both abroad and in Denmark.

The performance has been a project in development and has ended up being three different versions and were developed during 2004-2007. Here's a little info about each of them:

#1 was the very first attempt to work with the solo format in a trio of two dancers and a light designer. It was the graduationproject  by Kirstine in 2004, as she graduated from School For New Dance Development. Cast: Kirstine Kyhl Andersen and Matija Ferlin (HR). Lightdesign by Bart Phillips (CA).

#2 is a collaboration between Kirstine Kyhl Andersen and Niels Bjerg and was created in 2004. It won the choreographic competition "Dansolution" in Copenhagen 2005 and has been presented extensively in Denmark and abroad. The idea of assisting each other was extended to include the musical score and there is a great confusion of who the soloist is in this performance, and came to absoultely no conclusion. It also has trouble deciding wether it's a danceperformance or a concert, but who cares, really! Cast: Choreography|dance|light: Kirstine Kyhl Andersen, composition|guitar: Niels Bjerg.

#3 is a development of #2 and was made in co-poduction with Junge Hunde 2007 and was presented at Entre Scenen in Aarhus and has since been presented extensively. Cast: Choreography|dance|light: Kirstine Kyhl Andersen, composition|guitar: Niels Bjerg.

Said by Danish Broadcasting Corporation about the performance:
"A very strong, humouristic and disturbing universe!"

Check our calendar for details of presentations of the different versions.

All photos by Thomas Petri 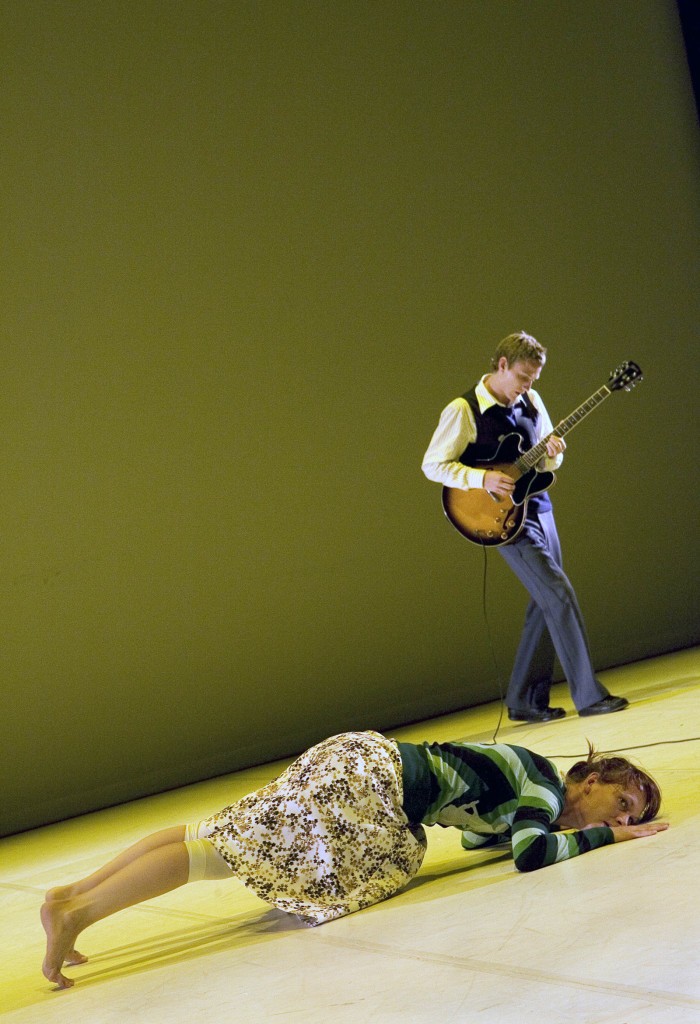 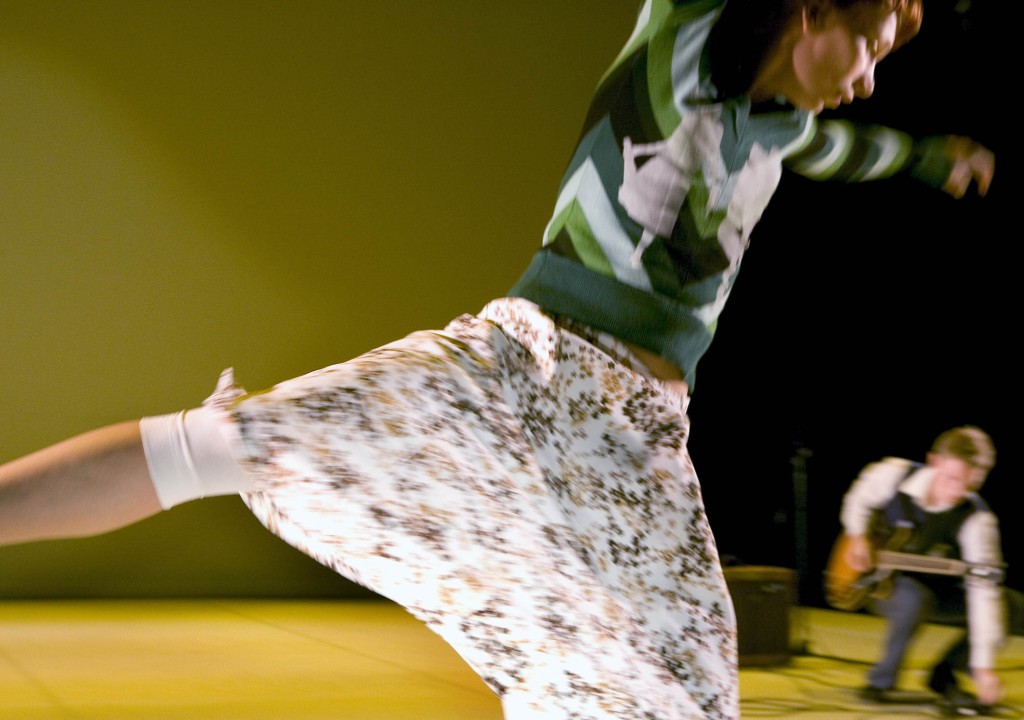 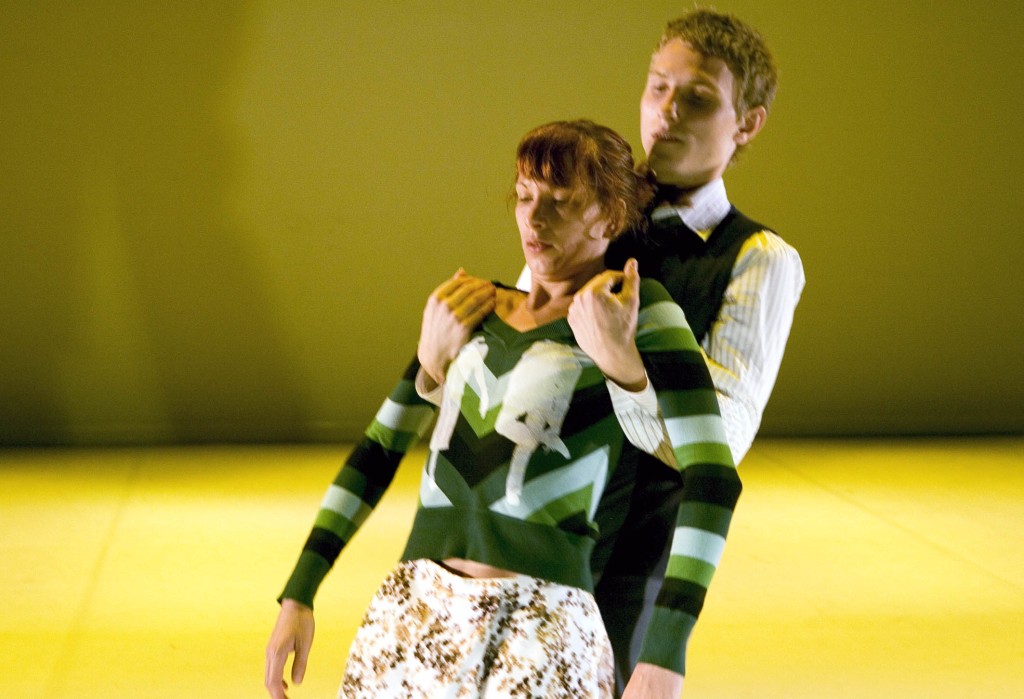 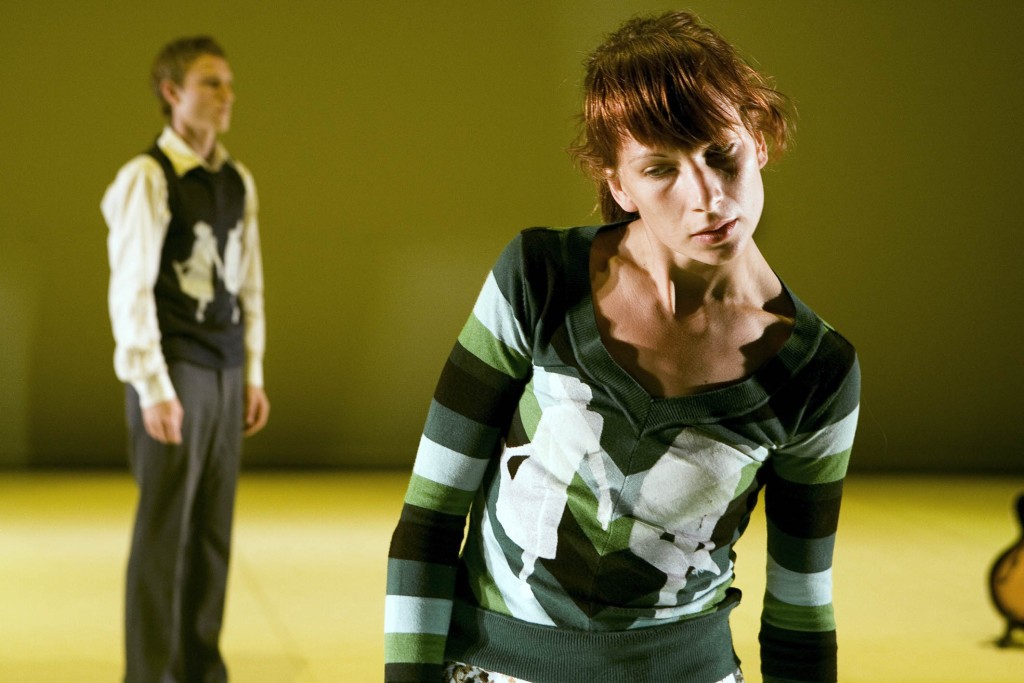 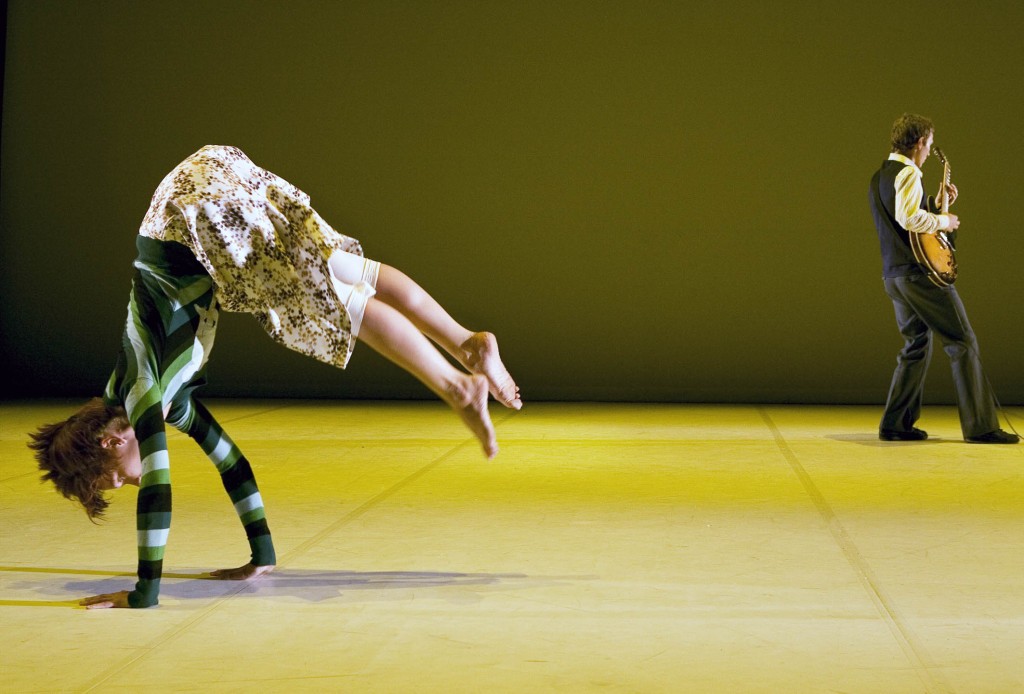